Anyone who has worked with Irving Street will attest to the fact that we are diligent in our work ethic. Never shirking at a responsibility or a timeline, we unite behind our client’s vision and see each project through to its timely completion.

A full service company, we can take your idea, whim or possibility and turn it into a campaign, event or media opportunity. Using imagination and creativity, while staying well within your budget, Irving Street succeeds where others fail.

Being in the crowd-pleasing business, Irving Street prides itself on its working relationship with all its clients, vendors and patrons. Relating to the public is a challenge we gladly accept. It takes patience and most of all a willingness to coax a smile from everyone involved in a project regardless of education, experience or temperament.   This is where Irving Street excels.

In our years of working relationship with Dupont, Citibank, McDonald’s and others on the corporate level, we have garnered and absorbed an incredible amount of information. We enjoy sharing what we have learned by guiding our clients through the sometimes turbulent waters of PR, production, politics and press releases.

Clients appreciate the hands on nature we give every project. You’ll like the difference.

A. Curtis Farrow has received many honors for his business experience including a commendation from former Newark Mayor Cory Booker in 2011, and former Mayor Sharpe James in 2005 who proclaimed June 17, 2005 as A. Curtis Farrow Day. In 2009 he was named Man of the Year by the Christian Times, and has received a commendation from the Manhattan Borough President and the Public Advocate Award for New York City. Mr. Farrow was also named as one of the most influential men in Gospel music. He has won two Emmy awards for producing McDonald’s Gospelfest, and received 12 nominations.

In these times where short attention spans rule and TiVo has made the :60 ad an endangered species, new strategies to reach the consumer are a must. Irving Street maneuvers this changing landscape with ideas which elude Madison Avenue.

Bringing products and services directly to consumers where they live, work and relax creates an emotional bond and cuts through the clutter and noise of commercials and standard out of home advertising. The current market place calls for innovation and a desire to meet the consumer on their terms.

Irving Street capitalizes on its urban base of operations and the street savvy of its staff to stay ahead of the latest trends and shifts in buying behavior. Always proactive Irving Street keeps its clients abreast of the latest developments and crazes.

For over ten years Mr. Farrow and his staff have made McDonald’s Gospelfest the most successful and well attended gospel event in the nation. This epic production sold out many major venues including The Theatre at Madison Square Garden and Prudential Center. The televised production of the McDonald’s Gospelfest has garnered six nominations and two Emmy Awards under Irving Street’s stewardship.

In 2000 Irving Street directed and co-produced The Paul Robeson Gala “Voice of the Millennium” at NJPAC’s Prudential Hall. It was the season’s must-see event. The star studded cast included Whitney Houston, James Earl Jones, Lynne Whitfield, Branford Marsalis, Avery Brooks, The Dance Theatre of Harlem and many, many more. The multi-media Gala included song, dance and film clips of the legend as well as a 3-D presentation and a live via satellite musical finale.

In the range of industrials Irving Street has been used again and again by the Dupont Corporation in their special events department. Conceptualizing and producing award shows, such as the Plunkett Awards for two consecutive years in Tucson, Arizona and new product meetings for Corian, Suva, Dupont X-ray film and Selar OH, in Puerto Rico, Canada, Florida, Texas, Delaware and New York. Dupont is always impressed with the high-energy and originality of Irving Street’s productions which are always used to cap off their meetings. Other clients include Coca Cola, Citibank, Entenmanns, Bloomingdales and The Museum of Natural History.

A memorable event requires two ingredients: outrageous entertainment and drama. Irving Street can provide it all. Whether it’s a corporate function for 1000 guests or an intimate celebration, people will talk about your event for years to come.

Irving Street has transformed the dining room at the United Nations into a scene from the Arabian Nights complete with snake charmers and dancers in full regalia. People are still talking about the dance contest between Ross Perot and the late restaurant magnet Norman Brinker at his 50th birthday bash in Dallas. The lavish Polo Ball Irving Street staged gave Texas society columnists a week’s worth of things to gush about. John and Laura Pomerantz trusted no one else to handle their New Years soirée at the Woolworth Mansion in Palm Beach.

For DuPont, Irving Street has created environments from outer space to the North Pole. Never out of imaginative ideas to surprise and amaze, Irving Street has transformed and recreated the major rooms across the country. Their events dazzle and delight while making the product, sponsor or Honoree the star of the show.

From objectives to execution, Irving Street will take you through every step of your event, while taking great care to stay within your budget. From advertising, logo design, video and photography, Irving Street’s resources are far reaching and of the highest caliber. They regularly oversee print, television and radio productions and can facilitate your needs from script, casting and jingle execution to the purchase of air time. 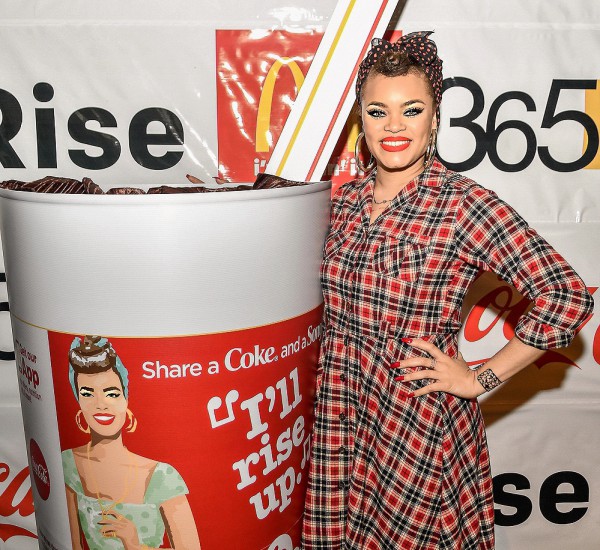 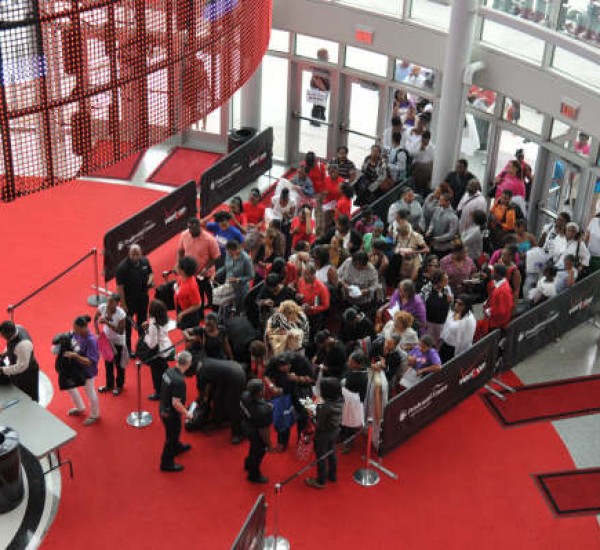 When Ain’t Misbehavin’ opened on Broadway, it made history by winning every Tony award, including best musical. Reviewer Clive Barnes predicted Ain’t Misbehavin’ would be “a joyous celebration that is going to cross the world.” Well that time is now, with an exciting new production of this award-winning musical.

Ain’t Misbehavin’ encompasses 30 show-stopping musical numbers that take you on a journey not only through the Fats Waller song book, but through Harlem in its heyday. With snazzy period costumes, complete with bowlers and spats and ermine and pearls the dynamic five- member cast turn the theatre into a rollicking rent party.

You don’t have to be a jazz buff to enjoy Ain’t Misbehavin’, like Fats Waller himself you just have to love a good time. The cast brings audience members onto the stage to dance, sing and have a good time. This fast paced romp takes you where the high-steppers partied, from honky-tonk dives to the Cotton Club, from Tin Pan Alley to The Waldorf. It’s a night of entertainment you won’t soon forget.

ALL FOUR FUN is a musical rapture for all audiences. This high powered musical quartet, has opened for Natalie Cole, Gregory Hines, Donna Summer, The Four Tops and Laura Branigan and have received rave reviews across the country. Patricia O’Hare of The Daily News says they possesses “An ability to make every appearance seem like a swinging party.” while Martin Schafer of Variety brands them” A sure fire hit!” Donna Coe of The New York Post calls them “Double Platinum” and James Hamilton of k103 radio says”Putting it mildly, this group of entertainers practically knock themselves out to make sure you have a good time.” Audiences thrill at their ability to move effortlessly from one musical genre to the next while delivering each with musical aplomb.

No matter what your taste, All Four Fun is Sure to satisfy. From Duke Ellington, Nat King Cole, Fats Waller and the Big Band sound of the thirties and forties to Manhattan Transfer style vocalese. From the songs of Motown favorites like the Supremes, The Four Tops and The Temptations complete with choreography to original compositions and urban contemporary sounds, All Four Fun serves up a cornucopia of vocal harmony. The group just completed a sell out run of the tony award winning musical Ain’t Misbehavin’ for which they received rave reviews and an encore performance this fall. They also tour in the Elegance of Ellington a voyage through the Duke Ellington songbook and One Mo’ Time, a new Orleans blues review. With their swinging band and combination of sleek top notch charts and attention grabbing stage pizzazz, All Four Fun is an opulent feast for eye and ear you won’t want to miss.

Gospitality is a hand-clapping, fan waving gospel review, which takes the audience through the history of gospel music, from slave ship rhythms to call and response in the cotton fields. The moving spirituals Wade in the Water and Nobody Knows the Trouble I’ve Seen are the starting points for this journey which includes over 20 all time favorite gospel songs. Remembering such famous gospel pioneers such as Mahalia Jackson, Thomas Dorsey, The Five Blind Boys of Alabama, Rosetta Tharp and Marian Anderson. Through the Civil Rights Movement of the sixties Lift Every Voice and Sing to the seventies classic Oh Happy Day, Gospitality explores where we have been and where we are going. A must see for the entire family.

As much as anyone, Leiber and Stoler invented Rock”n”Roll. Their timeless songs provide the basis for this electrifying entertainment that had critics raving and audiences stampeding the box office during its record-breaking Broadway run.  Featuring nearly 40 of the greatest songs ever recorded including such hits as On Broadway, Hound Dog, Jailhouse Rock, Stand By Me, Spanish Harlem, Love Potion #9 and I’m A Woman, each song is a trip down the corridors of American culture. Smokey Joe’s Café transforms classic pop music into compelling musical theatre.

SOPHISTICATED LADIES highlights the music of the great Duke Ellington. From his days in the Cotton Club to his jazz suites this review is packed with audience favorites. Envisioned as a musical portrait of Duke Ellington, Sophisticated Ladies opened at the Lunt-Fontanne Theatre in New York on March 1, 1981. Gregory Hines, Judith Jamison, Hinton Battle and Gregg Burge were among the original stellar cast. Act I takes us through the early stages of Ellington’s growth as a major musical force, from the Cotton Club era through his travels here and abroad. Act II takes us on a more personal journey, exploring the private man as captured in his music.

SOPHISTICATED LADIES brings the suave “love you madly” world of the great Duke Ellington to life with over 20 classics including Satin Doll, Take the A Train and It Don’t Mean A Thing, If It Ain’t Got That Swing. A crowd pleaser for all sophisticated ladies and gents.

Take your event to a higher level with the Sweet Spirits. Twelve powerhouse singers join to spread the Good News and enliven any function with an infectious spirit of joy. Many elated patrons have remarked “…any one of those singers could have a solo career. They can all sing!” And it’s true, the Sweet Spirits members come from all corners of the music business, the theatre and of course the church. Their sound is authentic and heartfelt.

The Sweet Spirits performance can be designed to fit any theme or occasion. They have performed at countless sporting events, celebrations, galas and theatrical presentations including: John Corzine Inaugural Celebration, Cissy Houston 50 Years in the Music Business celebration, Bill Clinton fundraiser 2002, John Kerry Fundraiser 2003 and Diana Ross’ Gala Christmas Party. Their performances never fail to engage and excite the crowd. When they invite the crowd to march to “When the Saints Go Marching In” it’s an invitation that’s impossible to refuse.

The Sweet Spirits are a delight for the ear and the heart.